I first saw UK Parliament Week advertised on Facebook back in May and so decided to aim high and invited the Mayor of Tunbridge Wells to visit our meeting – I could hardly believe it when she said yes!

We chose several activities from the UK Parliament Week activity pack, put together by the Girlguiding LaSER champions and all aimed at inspiring, informing and equipping the girls to have a voice and make sure it’s heard! We had great fun building spaghetti and marshmallow towers while the Leaders kept changing the rules – the Guides had to put their case forward in Speakers Corner as to why it was unfair and what should be done about it. We also learned about the Global Goals for Sustainable Development and then chose our own topics for our Mock Parliament event.

The Mayor of Tunbridge Wells Julia Soyke and her attendant Jerry Edey came to our meeting this week and the girls did a really fantastic job of putting forward their arguments for their chosen topics: children’s rights, animal rights, gender equality, body image and a school manifesto. We also managed to borrow a real ballot box from the Council and set up a polling station, so the girls all had a chance to cast their votes. It was a close-run thing, but the winners were well deserved!

The girls also had an opportunity to ask the Mayor questions about her role and how she got into politics, as well as lots of questions about her Mayoral chains. We also had this great feedback from Jerry afterwards: “The Mayor and indeed myself had a very enjoyable and interesting evening with you all and it was a real pleasure listening to all the girls make their cases in the Mock Parliament. They were very accomplished and well prepared and were a credit to you and the unit!”

It was a great opportunity to help the Guides think wider about issues that are important to them, and we all had lots of fun in the process! 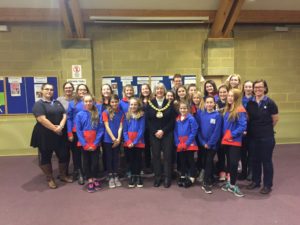 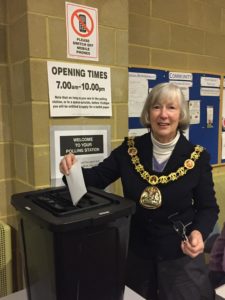 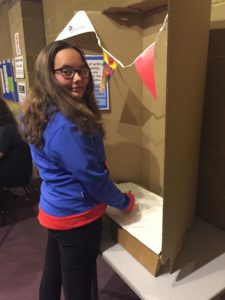 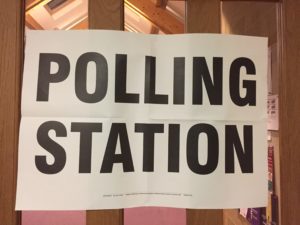 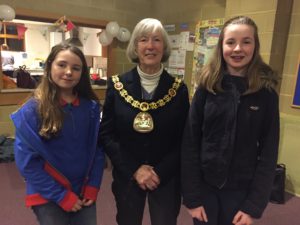