155 girls and their leaders experienced a day of activities aimed at providing an escape from the pressures of school during the summer term. The day of adventurous and relaxation activities took place at Blackland Farm in East Grinstead.

The girls completed a wide range of adventurous activities including the gladiator climb, archery, grass sledging and for some flying through the air on the zip wire.

Poppy from 12th Maidstone St Lukes Guides complete the indie bridge blindfolded whilst being guided by one of her trusted friends. Poppy showed no fear throughout the climb which included ascending a ladder, walking across a bridge with pieces missing and making her way from swing to swing high in the tree canopy before being lowered back to earth. Poppy commented ‘it was really cool, I couldn’t see anything but the instructions were clear so I found it fairly easy.’

One of the most important elements of the day was the Chill Zone where girls had the opportunity to do whatever they wanted to do including hair, nails, making keyrings and relaxing whilst listening to music.

Girlguiding’s Girls’ Attitudes Survey from 2015 revealed that mental well-being had become the top concern for girls with 62% stating that they knew a girl or young woman their age who has experienced a mental health problem.

The organizer of the event, Pam Sharland explained ‘we wanted to run an event that offered the girls a chance to have a break from the pressures of school and everyday life. It’s important that they have the chance within Girlguiding to enjoy being young women and learn skills that will help them in later life.’

The day was particularly special for Lily from 3rd Southborough Guides who made her Promise at the top of the tower before taking on the 30m long zip wire. It was the first time Lily had been to a Girlguiding event of this kind and she really enjoyed the day.

The event finished with the Grand Duck Challenge in which girls took part in a series of team activities including hook a duck, a duck target game and folding an origami duck before the winning team were crowned champions. 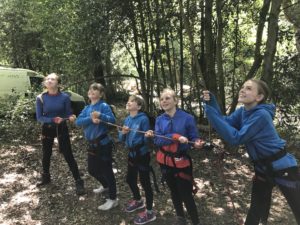 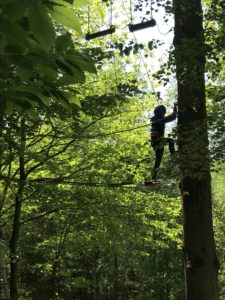 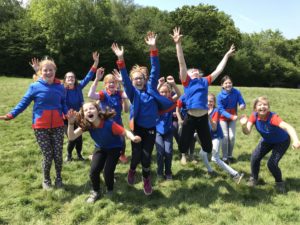 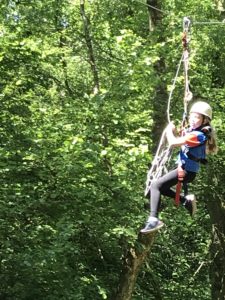 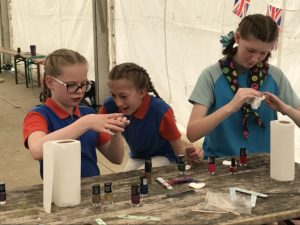 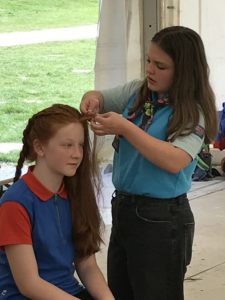 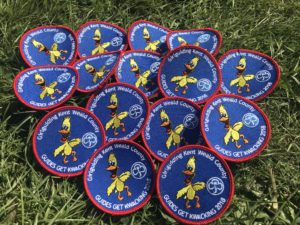