On Saturday the 25th of November I went for a sleepover with 13th Tonbridge Brownies. We were dropped off at Sevenoaks station by our parents and Brown Owl gave us some coloured twinkly stars. Then we set off, and our transport was a train. It took about half an hour to get to London from Sevenoaks station, then we had to get on an underground train and we did a bit of walking.

When we got to the Science museum there was another group of brownies in the queue, we probably had to stand in the queue for 15 minutes. When we got in the Science Museum a lady led us to where we were sleeping. We had to set up our sleeping bags. Then we did three activities and one of them was a man showing us his pets. One of his pets was a snake and you could touch it if you wanted to, and I did! Then we had an evening snack that we put in a red bag.

In the 2nd activity we had an iPad for each group. On the iPad there were some different questions and you had to answer as many questions as you could in an amount of time. The third activity was making a 3D light. Then we had to go back to our sleeping room, and we went to bed at 11.00pm.

In the morning we woke up at 6.45am and went to the café to get some breakfast. Our breakfast was a croissant, a fruit muffin, some raisins and a fruit juice. Next, we had to go back to our room where we were sleeping and pack our things up ready to go home.

After that we went to a room called Wonderlab. In the Wonderlab there were some slides, one was rough, one was plastic and the last one was a wooden one. We had to find out which one was the fastest to slide down. Then we went to the Imax theatre to watch a film about what’s inside your body. We had to wear 3D glasses! The screen was as big as 5 double decker buses. The last thing we did was go down stairs to the shop. Our parents had given us £5 to spend each, I bought thinking putty. Then we got all our belongings and set off to Tonbridge station on the train. When we got to Tonbridge station our parents picked us up.

I HAD A BRILLIANT TIME! 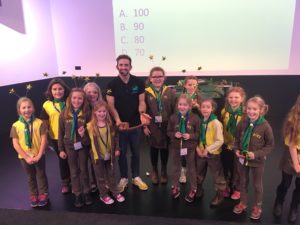 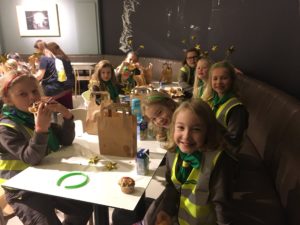 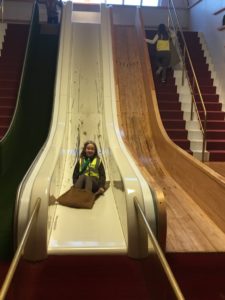 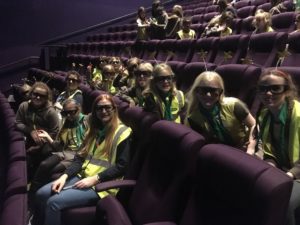